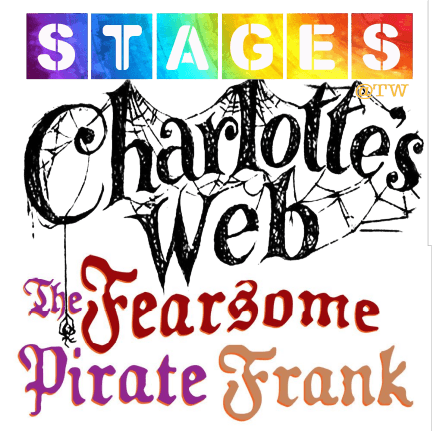 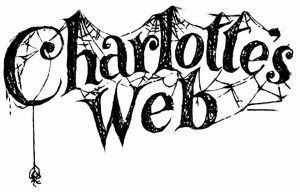 Adapted by Joseph Robinette. Based on the book by E.B. White.

“The Children’s Literature Association named this “the best American children’s book of the past two hundred years,” and Joseph Robinette, working with the advice of E.B. White, has created a play that captures this work in a thrilling and utterly practical theatrical presentation.  All the enchanting characters are here: Wilbur, the irresistible young pig who desperately wants to avoid the butcher; Fern, a girl who understands what animals say to each other; Templeton, the gluttonous rat who can occasionally be talked into a good deed; the Zuckerman family; the Arables; and, most of all, the extraordinary spider, Charlotte, who proves to be “a true friend and a good writer.” Determined to save Wilbur, Charlotte begins her campaign with the “miracle” of her web in which she writes, “Some pig.” It’s the beginning of a victorious campaign which ultimately ends with the now-safe Wilbur doing what is most important to Charlotte.

“The pirate craze isn’t just a modern phenomenon, it dates back to Shakespearean times, according to two witty narrators in this snappy comedy. As the story goes, the star of a popular pirate play — The Fearsome Pirate Frank — is the teenage heartthrob of every girl in Shakespearean England, even though he can’t remember his lines for the life of him! However, when the actor playing Frank and his supporting cast, including prima donna Esmerelda, get kidnapped by real pirates during one of their productions, it’s good-bye stardom, hello servitude on a real pirate ship! The narrators and a stream of hilarious sign-carriers keep the show moving as we see the pirate actors swabbing the decks under the orders of the real pirate Frank, who happens to be a woman. But pirate actors are not the only ones hijacked in this comic romp… so is the plot from a particular popular pirate flick! In a chilling flashback sequence, the tale of how Captain Frank received the ’Blackmark” comes alive as we see her send her crooked captain to walk the plank. Nightmare sailors, zombie pirates and hypnotizing mermaids fill this zany spoof with pop culture — even Spiderman makes an appearance!”